Germany has gained notoriety for its strict stance on torrenting. Users face hefty fines and potential jail time for sharing pirated content. The strict laws have worked. Fewer than 2% of Germans admit downloading copyrighted content. In nearby Bulgaria, 27% of the population uses BitTorrent software.

Is File-Sharing Technology Legal in Germany?

Peer to Peer file-sharing still offers a way to obtain free or open-source digital content, and many Germans rely on it to find all kinds of media.

As with most regions in the world, Germany allows citizens to use file-sharing technology. BitTorrent clients and protocols remain legal when downloading legally distributed content.

Which Kind of Torrenting is not Allowed?

While the courts condemn both actions, uploading a pirated TV show or movie increases your risk of receiving an Abmahnung notice. Most of the users who receive these notices uploaded illegally obtained digital content. If you plan on downloading shows or movies, you may find yourself in the same situation.

When you use a torrent manager, such as uTorrent, you start downloading parts of the file from seeders. As you probably know, you are also seeding at the same time. That’s the basis of P2P.

While you can stop or limit seeding, some torrent trackers may kick you off if you do not maintain a minimum download/upload ratio. With BitTorrent technology, you are inevitably going to seed, even if just a bit.

Receiving a cease and desist notice from a law firm is one of the most common consequences of illegal torrenting in Germany.

People caught sharing copyrighted material may receive one of these notices informing them that they need to pay a fine or risk a criminal trial. The amount often reaches hundreds of Euros. However, the sending of these letters has received backlash.

Some of the law agencies sending the letters do not have permission to act on behalf of the copyright holder. Unethical lawyers are exploiting the system and attempting to extort money from BitTorrent users. Some users have also claimed to receive warning letters despite never using torrent software.

While some users have received scam letters, most of the notices come from legitimate law firms. They represent major studios such as Fox, Sony, and Viacom.

In Germany, none of the cases have gone to court. As of right now, the threatening letters remain the only action taken against people found torrenting illegal content.

The initial warning letter is the Abmahnung, which is similar to a DMCA notice. It warns that the law firm will take legal action if the user does not pay a settlement. Many people pay the fine immediately, while others choose to do nothing.

If you do not respond to the Abmahnung, they may send a follow-up document called the Unterlassungserklärung (cease and desist) notice. It threatens legal action and asks you to sign and return the document.

Signing the document is an admission of guilt. While these cases have not made it to court, admitting your guilt would give the lawyers the evidence needed to win a court case.

German law firms send hundreds of thousands of these letters each year. The lawyers understand that the majority will not respond to the Abmahnung, which is why they follow up with the Unterlassungserklärung.

Do not automatically pay the fine without learning more about the source. Find out who sent the letter and whether they have the authority to take legal action against file-sharers. Perform an Internet search on the company in question to verify the authenticity of the letter.

You then have the choice of paying the fine or not, depending on what your research shows you. Some people find it easier to pay for it instead of dealing with the stress of further legal issues. That’s why scam letters are so profitable.

How to Stay Safe While Torrenting in Germany

Despite the risks of file-sharing, users in Germany have ways to increase their safety. As mentioned, unethical agencies sometimes target innocent netizens. Remember to learn more about the law entity before paying the fine.

The next step for avoiding legal problems in Germany is installing a VPN software. It helps protect your privacy when browsing the Internet and torrenting. Instead of seeing your IP address, anyone watching the tracker sees the IP of the VPN server.

Best VPNs for BitTorrent in Germany

When looking for a VPN service, pay attention to servers and extra features. The best options include DNS leak protection and a kill switch. The VPN that you use should also work with your preferred BitTorrent software.

We have tested many VPN providers, and the following are the ones we think to be more appropriate to download torrent files in Germany.

With European countries, NordVPN is always a great choice. German users have the possibility of choosing an IP address from countries that are geographically very close.

There are around 40 server locations in this continent, and most of them provide great speeds for those located in Northern Europe.

Apart from that, this provider offers additional security tools that increase the level of protection and anonymity.

IPVanish is also an option to have in mind. Its servers are very fast, particularly the ones in the Netherlands, which is very close. The proximity to Germany will allow good download speeds.

On top of that, there are many servers available in such closeby countries, which makes it ideal if you want to avoid overcrowded servers.

Torrenting in Germany Is Risky

Torrenting in Germany remains a murky legal area. The ones caught downloading illegal movies or shows may receive cease and desist notices from law agencies. Some people receive these letters without even downloading anything.

The notices appear threatening and often demand that the accused pay a fine. Many users pay the fine and move on. However, none of these warnings have led to prosecution in Germany. Before settling for anything, verify the authenticity of the claim and the law firm.

You can also take steps to avoid receiving a notice. If you decide to stick with torrenting, use a VPN service to hide your activity. 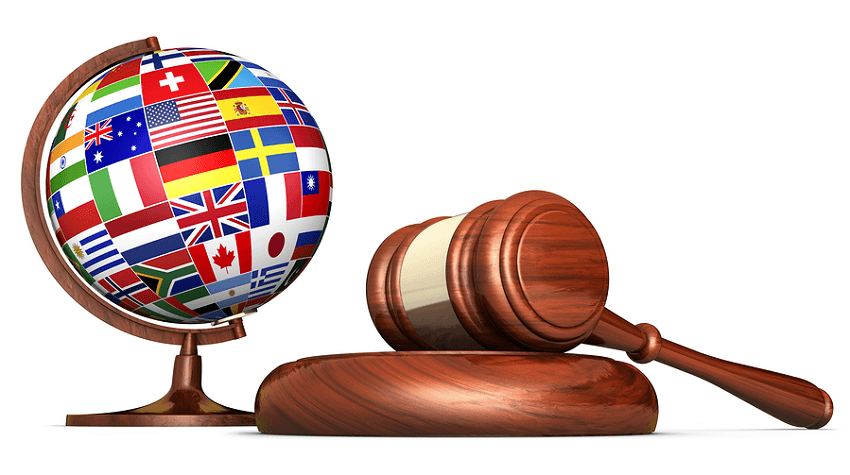 The Safest and Most Dangerous Countries for Torrenting